The western Yellow-billed Cuckoo (Coccyzus americanus) is a secretive, difficult to detect, neotropical migrant that formally bred in riparian regions throughout the western United States (Hughes 1999). Historically, cuckoos are thought to have been fairly common although few early records exist (Gaines and Laymon 1984). However, over the last 100 years wide-spread loss of their preferred cottonwood/willow habitat has resulted in the extirpation of the Yellow-billed cuckoo from most of its historic range in the west(including British Columbia and Washington) (Laymon and Halterman 1987, Hughes 1999). Yellow-billed Cuckoos still occupy small areas of California, Arizona, Utah, Colorado, and Wyoming (Parish et al 1999), occur sporadically in Oregon (Marshall et al. 2003), and have very sparse populations in Idaho (Taylor 2000) and Nevada (Halterman 2000).

The taxonomic status of the western Yellow-billed Cuckoo remains unclear; whereas some researchers support a distinct western subspecies (Ridgeway 1887, Franzreb and Laymon 1993, Pruett et al. 2001), others have found no basis for separation of eastern and western cuckoos (Banks 1988; Fleischer 2001; Farrell 2006). In 2001, the United States Fish and Wildlife Service (USFWS) determined that western Yellow-billed Cuckoos represent a distinct population segment, and they became a candidate for listing for protection under the Endangered Species Act (ESA)(USFWS 2001). In 2002, the listing was determined to be warranted, but precluded by higher priority listing actions (due to limited resources) (USFWS 2002). On October 3rd, 2013 the USFWS formally proposed that the western distinct population segment of the Yellow-billed Cuckoo be recognized as a Threatend species under the ESA in the western United States, Canada and Mexico. Yellow-billed Cuckoos are listed as endangered in California (CDFG 1978), a species of special concern in Arizona (AGFD 1988), and a sensitive species on US Forest Service lands within Arizona and New Mexico (USDA 1988).

The most frequently heard call of the Yellow-billed Cuckoo vocalization is referred to as the "kowlp" call. This call has many variations, but is usually a series of "ku-ku-ku-ku-ku-kowlp-kowlp-kowlp" notes. Cuckoos are not overly vocal, they often call only once an hour and seldom give calls more than once in a 10 minute period unless enticed (Hughes 1999). The "coo" call (similar to a Greater Roadrunner coo call) is thought to be given to attract a mate. Adults also give an alarm call consisting of a low, "wooden knocking" sound which is typically given near their nest. At one day of age, chicks produce persistent begging noises that closely resemble an insect. This insect-like call becomes louder by 2-3 days age (Hamilton and Hamilton 1965). An additional begging call given by older chicks consists of a quiet "cuk-cuk-cuk-cur-r-r-r-rrr" (Bent 1940). Yellow-billed Cuckoos call most frequently during pair formation and nest building (Apr-Jun); but they continue to call when nesting (Jul-Aug). After the last young has fledged, they call less frequently (Potter 1980).

Fall migration is thought to begin in late August, with most birds gone by mid September (Hughes 1999); however on the LCR some individuals appear to begin migrating in early August (McNeil et al. 2011). Their non-breeding range is believed to be the western side of the Andes (Hughes 1999), though little information exists on migration routes and non-breeding range in South America where they can be confused with the endemic pearly-breasted cuckoo (C. euleri), their closest relative (Payne 2005).

Grinnell and Miller (1944) noted an extensive range reduction of Yellow-billed Cuckoos in the western region of North America due to wide scale habitat loss. Once considered a common breeder in California, by 1940 the Yellow-billed Cuckoo suffered severe population reduction (Grinnell and Miller 1944) and by 1987 was estimated to occupy only 30 percent of its historical range (Laymon and Halterman 1987). Over the past century, their historic range has been transformed by dams to a string of storage pools, and vast areas of floodplain have been converted to agricultural fields and urban settlements (Stromberg 2001). California statewide surveys conducted in 1977 (Gaines and Laymon 1984), 1986/1987 (Laymon and Halterman 1987), and 1999 (Halterman et. al 2001) found Yellow-billed Cuckoo populations were concentrated mostly along the Sacramento River from Red Bluff to Colusa, along the South Fork of the Kern River, and portions of the Lower Colorado River. Population estimates on the Sacramento and Kern Rivers from the 1999 surveys were similar to those of the 1986/1987 surveys, but lower when compared to the 1977 survey. The populations on the Lower Colorado River appeared to suffer severe declines in the 12 years from the 1986/1987 surveys (Laymon and Halterman 1987) to the 1999 surveys (Halterman et. al 2001), but now may be increasing due to riparian restoration efforts (McNeil et al. 2011).

Yellow-billed Cuckoos are among the latest-arriving Neotropical migrants, beginning to arrive in Arizona and California in late May (Bent 1940, Hughes 1999). Diet during the breeding season consists primarily of large insects such as grasshoppers, katydids, caterpillars, praying mantids, and cicadas; also tree frogs and small lizards (Bent 1940, Hamilton and Hamilton 1965, Nolan and Thompson 1975, Laymon 1980, Laymon et al. 1997). Nesting usually occurs between late June and late July, but can begin as early as late May and can continue until late September (Hughes 1999). In the Lower Colorado River region the nesting period tends to be shorter, primarily from late June to early August and peaking mid- to late-July (McNeil et al. 2011).

The average home range size of breeding cuckoos on the Lower Colorado River(LCR) restoration sites has been found to be approximately 20 ha (McNeil et al 2011).

On the LCR the main nest tree species are Goodding's willow (S. gooddingii), Fremont cottonwood (P. fremontii), and tamarisk, though other trees or large shrubs such as mesquite and seep willow (Baccharis salicifolia) may be used (McNeil et al. 2011). Nests at the South Fork Kern River and on the Santa Ana River are typically in willows (Laymon et al. 1997, Hanna 1937). On the Sacramento River nests have been found in willows, cottonwoods, box elders, as well as rarely in orchards (Gaines and Laymon 1984). Nests consist of a loose platform of twigs, which are built by both sexes and take one to two days to build (Hughes 1999), though occasionally the nest of another species is used (Jay 1911, Bent 1940, Payne 2005). Clutch size is 1-5 (Payne 2005), usually 2-3 on the Lower Colorado River (Laymon 1998, McNeil et al. 2011). Eggs are generally laid daily until clutch completion (Jay 1911) and incubation begins once the first egg is laid (Potter 1980, 1981, Hughes 1999). Both parents incubate the eggs and brood the nestlings. They incubate and brood equally during the day, but the male incubates at night (Hughes 1999). Young hatch asynchronously and are fed a similar diet to that of adults (Laymon and Halterman 1985, Laymon et al. 1997). The entire period from egg laying to fledgling lasts only 17 days; around day six or seven after hatching, the feather sheaths of the young burst, allowing the nestling to become fully feathered within two hours (Hughes 1999). After fledging (which can be anywhere from five to nine days), young may be dependent on adults for at least three weeks (Laymon and Halterman 1985).

California Department of Fish and Game. 1978. At the crossroads, 1978: A report on California's endangered and rare fish and wildlife. Calif. Dept. of Fish and Game, Nongame Wildlife Investigations rep., Project. E-W-2, Job IV-1.

Grinnell, J. 1914. An account of the mammals and birds of the lower Colorado Valley, with special reference to the distributional problems presented. University of California Publications. Zoology 12:97-110.

Grinnell, J., and A. H. Miller. 1944. The distribution of the birds of California. Pacific Coast Avifauna No. 27, Cooper Ornithological Society.

Mearns, E.A. 1907. Mammals of the Mexican boundary of the United States: a descriptive catalogue of the species of mammals occurring in that region; with a general summary of the natural history, and a list of trees. U.S. National Museum Bulletin No. 56.

U. S. Fish and Wildlife Service. 2001. Endangered and threatened wildlife and plants; 12-month finding for a petition to list the yellow-billed cuckoo (Coccyzus americanus) in the western continental United States. Federal Register 66(143): 38611-38626. 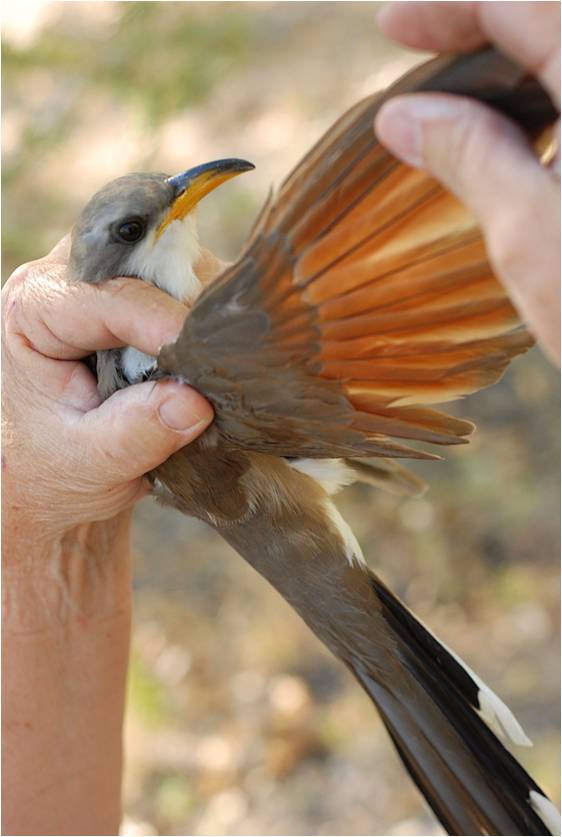 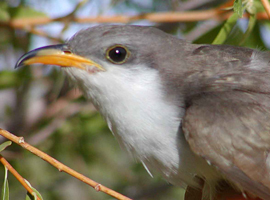 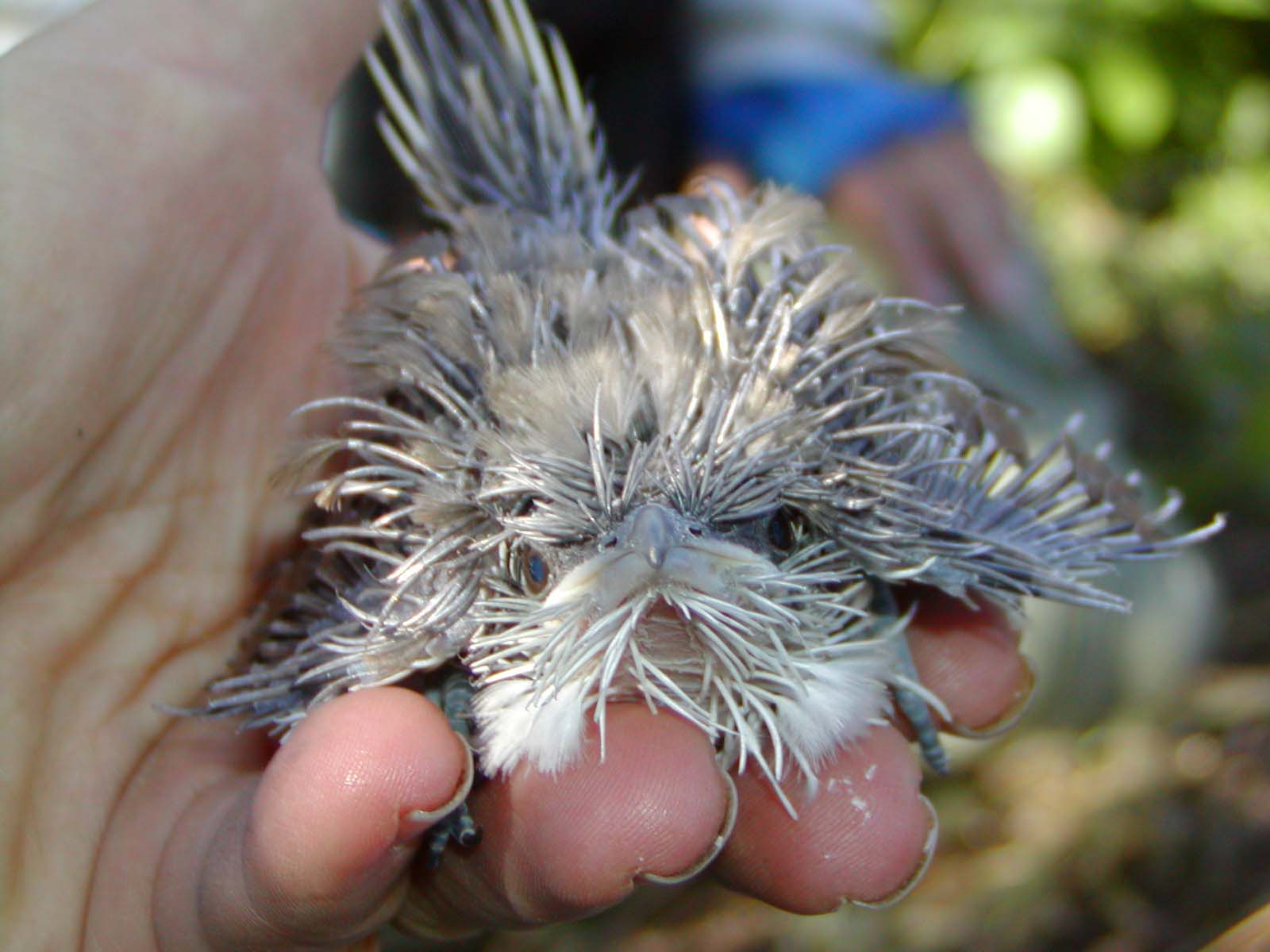 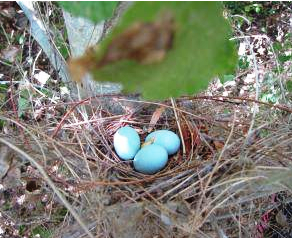